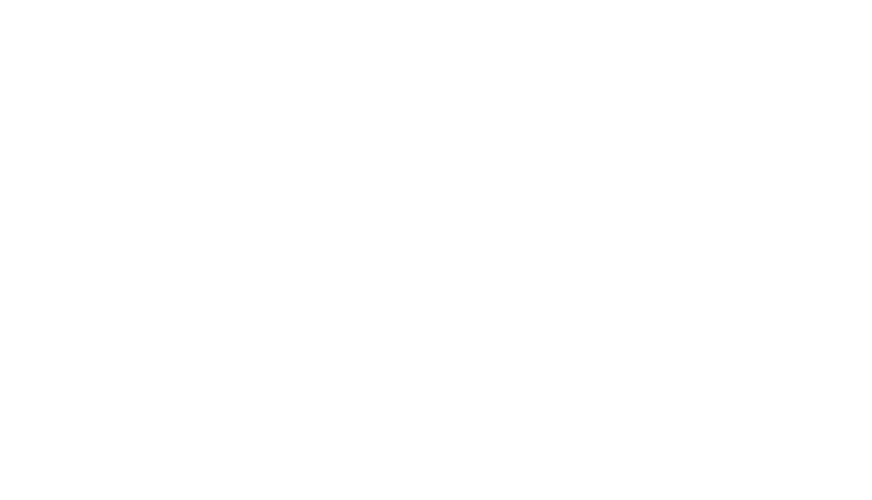 Morag Carter views her life through an environmental lens. The Scotland native and citizen of the world moved to the Lower Columbia two years ago to experience the Canadian mountains. She cites coming face-to-face with a moose in the wetlands as a breathtaking moment that made her fall even more in love with the Kootenay region. Morag’s passion for the environment flows into her work as the Executive Director at the Skills Centre in Trail. While the non-profit organization provides employment development services for community members, its other mandate is to develop economic and social development strategies focused on areas like affordable housing and community inclusion. Connecting with locals to discover what they needed to succeed has been a constructive strategy for Morag, and has already driven change and created opportunities. But her work doesn’t stop there; she’s thinking about the big picture and leading a critical dialogue on sustainability. With the visible effects of climate change sweeping the planet, Morag is convinced it’s time to see the issue as greater than an environmental threat that shrinks glaciers. She’s devoted to investigating the implications climate change has on community economic development. Morag’s over 25 years of experience as an environmentalist has spanned the globe and had her working for brilliant minds and important organizations. Fascinated by the natural environment and its direct correlation with the economy, Morag is confident her role at the Skills Centre presents the perfect ground in which to root this study and grow solutions that flourish. 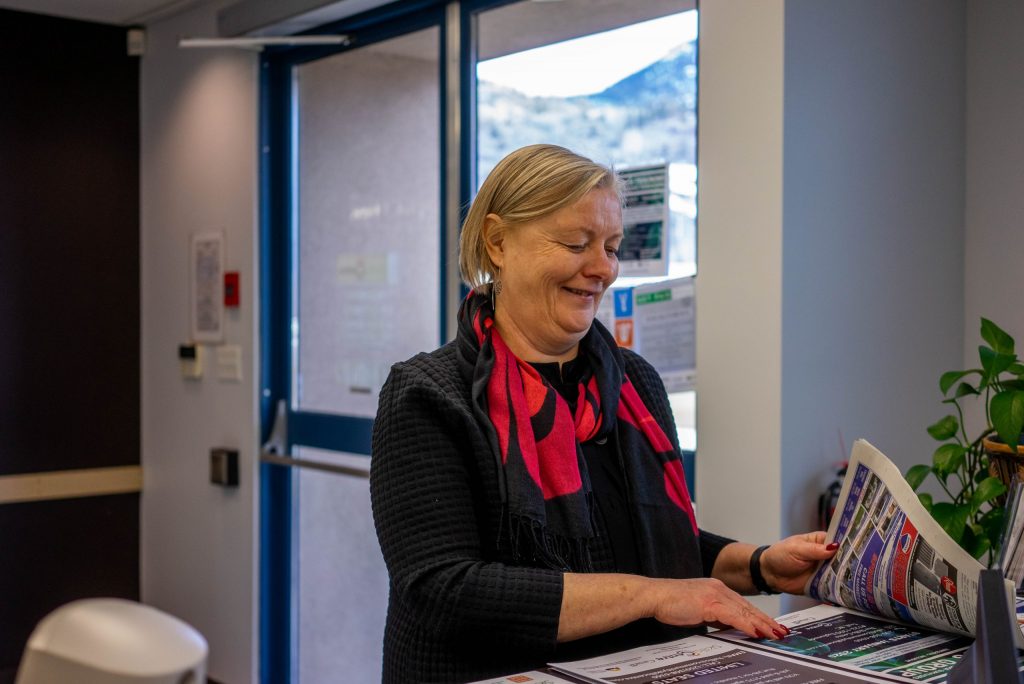 Tell us about the Skills Centre.

is a non-profit that provides free workforce and workplace training and development strategies. We offer all sorts of core employment and skills training programs. These are funded by a variety of levels of government, by philanthropic donations, or by funders like the Columbia Basin Trust (CBT). As part of our work we also focus on community economic and social development strategies. We think the social development piece is a really important part of what we do for the community — my predecessor Jan Morton was responsible for leading the development of a regional poverty reduction strategy. It’s currently in action in the Lower Columbia.

I should mention we also have a for-profit business called Inside Job Consulting (IJC), through which we provide HR support for local workplaces. We also support wellness programming at various sites throughout the Kootenays.

Some people may not understand how involved the Skills Centre is in social and economic development; could you expand on that?

Of course. The poverty reduction strategy for the Lower Columbia is called Thriving for All. Jan (the former executive director) led the development of that process, but it didn’t come entirely out of the Skills Centre. It was a community-driven process developed by about 70 participants, including people from business and local councils, plus 11 people who were living in poverty or had experienced poverty. Thriving for All has five elements. The big one is affordable housing, which is desperately needed in the community; then there’s food security, social health and community services, learning and development, and a vibrant and inclusive economy. We have a variety of initiatives already in action and are working on more, but the overall theme is community inclusion. When we started planning actions, it was immediately important to make sure that people were getting connected to the services they needed, so we trained three cohorts of navigators in Trail to assist people with accessing services that are often split amongst different agencies. To tackle affordable housing, Jan set up a new not-for-profit called the Lower Columbia Affordable Housing Society. With some funding assistance from CBT it’s been developing new affordable housing across the Lower Columbia. We also periodically run community kitchens at the Knox United Church in Trail and at the Fruitvale Memorial Centre, and have started the process of trying to develop a common access card, which would allow people living at or below the living wage to access recreation services in the community. The hope is to eventually expand it to allow people to access reduced rates for the Trail arts and culture facilities, potentially transit, or any number of other locally available things.

Impressive! The majority of people know the Skills Centre for providing employment support services. Can you describe your clientele and how you approach helping them?

Absolutely. Our programs target three groups of people. The first is youth, so people between 18 – 24 but occasionally even up to 30. The three programs we’re currently running for them are a Mining and Industrial program, an Adventure Tourism program, and a Service and Tourism one. Then we’ve got programs for older workers, who are another vulnerable population; it’s a bit harder to get work when you’re over 55. We particularly gear these programs to areas with decent work vacancy rates to increase the chance of participants getting jobs afterward. Participants receive specific training and certification in the field that they’re interested in, and are also taught a whole bunch of soft skills. Those include how to develop a resume, how to behave at work, interview skills, and other things that help them in the labour market. The final group that we’re currently running programs for is survivors of violence and abuse who, of course, have a range of other support they need in order to successfully transition back into the workforce. 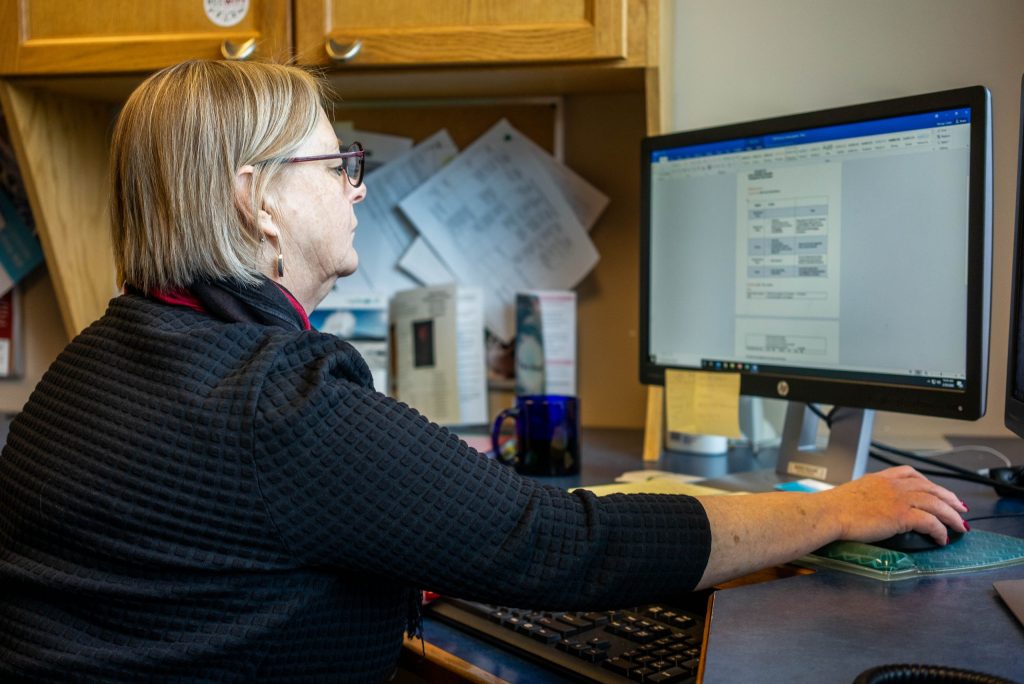 How does the Skills Centre decide where to focus its energy?

When I first came onboard I interviewed businesses across the Lower Columbia to see what they thought about the work the Skills Centre was doing. They were all incredibly kind and said they were greatly indebted to the team for the prior work that had been done. But they also identified areas where they needed assistance or didn’t have their own internal capacities. It’s not a big surprise that a lot of businesses — especially smaller and medium-sized businesses — don’t have internal human resources support. That’s one area we found a way to help in, particularly through IJC. Businesses were also lacking the capacity to do their own strategic planning, which is another service that we provide: helping them plan how they are going to build, expand, and prosper in short to medium term timelines. We also talked to businesses about the skills they’d require in the near future, in part to help us plan what programs we’ll offer; we want to put programs in place that are the most useful for the business community in both the short and long-term. They help us build our programming while our programming is hopefully helping them build their businesses.

Does the Skills Centre partner with other organizations for community initiatives?

Yes; one of the most important economic development organizations in town is the Lower Columbia Community Development Team Society (LCCDTS). It’s the umbrella body for the Lower Columbia Initiative Corporation, from which Metal Tech Alley is derived. We’re super proud to partner with them and regularly work with affiliated organizations. We’ve also recently been working with the West Kootenay Eco Society, Tourism Rossland, Seven Summits, KAST and the school district on some community events.

What about your professional background? How’d you get to where you are today?

I first visited Canada in 1989 before moving to Toronto in 1991. There I worked for a city councillor who was running for mayor; he didn’t win, but I stayed on with him afterward, doing some climate work. Jack Layton, who went on to become the leader of the NDP, was a passionate environmentalist. He was wonderful to work for. He introduced me to a whole range of issues and a whole bunch of people in Toronto — particularly women — who were doing some fantastic, creative work around human health and the environment.

After that I went on to work for Greenpeace, focusing on chemical safety and human health. I did that for about 10 years through a variety of different organizations, and I became part of an international negotiating team for the UN convention on persistent organic pollutants. Later, while I was back in Europe and living in Amsterdam, I was headhunted by the David Suzuki Foundation to head up their climate piece, so it was back to climate and energy work for another decade.

I didn’t start out being a passionate environmentalist, but I’ve become one over the years. I began to see that climate change was actually more than just an environmental issue. Its implications for things like community economic development and poverty are really crucial, and they were kind of missing — and this is not a criticism of the environmental community — but they were missing from the conversation about the impacts of climate change. Wanting to explore that connection further eventually brought me to the Skills Centre. Trail in particular was attractive because it’s an area of the province where the natural environment and access to natural resources is a huge economic driver for the community. When you live in a beautiful place that you can see being impacted by climate change in multiple ways — including economically — it’s powerful. I’m very interested in being here, and I hope the conversation that we’re having around sustainability in the community informs how we develop a more sustainable economic future. 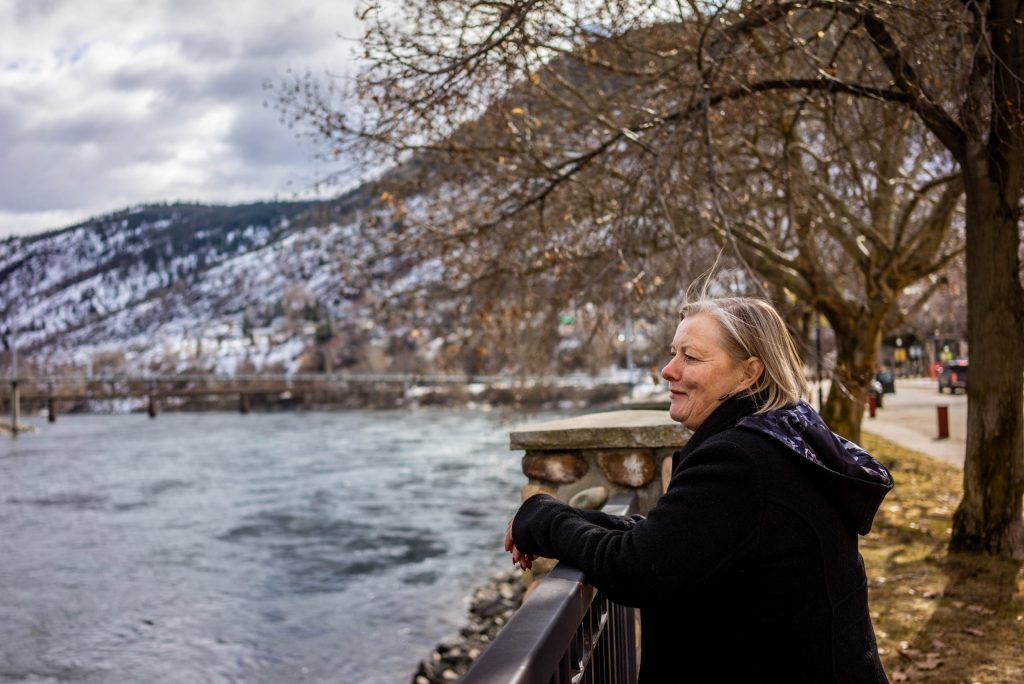 Was there anything else that appealed to you about moving to the area?

I’ve lived and worked all over the world and all over Canada, but I’d only been to the Kootenays once before I moved here. After a decade on the coast — which is beautiful, the ocean is compelling and I absolutely adored it — one of the things that really appealed to me was the mountains. I thought I was pretty fit before I came here, but hiking the mountain trails has been humbling, and I appreciate that. But the thing I love most about the landscape here — I’m actually a bit ashamed to say this after a 25-year career as an environmentalist — is discovering the wetlands. I knew next to nothing about wetlands and I have absolutely adored wandering them through Slocan, around the Lower Columbia, and out toward Creston.

What do you see happening in Metal Tech Alley in the next five years?

Well, one of the things that we hear about Metal Tech Alley a lot — and from businesses outside the region — is amazement at the overall strategy. It speaks to the innovation that we’re trying to foster and support. There’s lots of really great work being done and really interesting businesses that are appearing as a result. But with some of the other things at play in our region, one of which is the carbon-intensive industries here, it’s important we figure out how to be supportive in a carbon-constrained world. It’s going to take some really creative thinking.  When it comes down to it, it’s about ensuring we all have a really great quality of life.

The other thing I’d like to see us figure out is something we haven’t really talked about much: how gendered the labour market is in our region. The Skills Centre has done some really interesting work over the last five or six years to get women into non-traditional labour roles. I would love to see more programming that will help women get into regional jobs that pay really well. 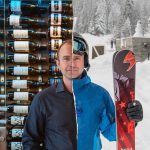 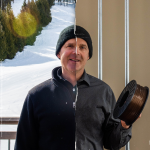